APS reports on relevant, impactful compliance updates each month to help keep you at the top of your compliance game. Updates this month include the release of state unemployment wage bases, state withholding tables and methods changes, and updates to state electronic filing rules. Here are your January compliance updates: 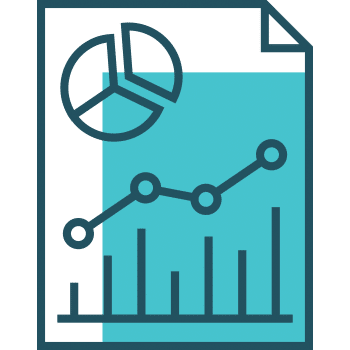 The IRS released the Form 8994 (Employers Credit for Paid Family and Medical Leave) for 2018. The form is used to determine the employer credit on wages paid under FMLA.

The following states have updated state electronic filing rules for 2018 and 2019:

Kentucky released a new form that is to be used as an alternative to electronic filing wage statements and information returns, particularly for employers who didn’t meet the state’s electronic filing requirements of more than 25 forms. The Form K-5 (Kentucky Employer’s Report of Withholding Tax Statements) may also be used to report information from Forms 1099 and W-2. The form must be completed online and either mailed to the department or submitted electronically.

The state released the following filing rules for 2019:

The following states have announced changes to their minimum wage rates beginning January 1, 2019:

The following states have announced their 2019 withholding tables and methods:

Alabama’s state tax rates and tax brackets remain the same for 2019, but thresholds for determining the value of an employee’s standard deduction has increased. The value has increased to $23,499 annually, an increase from $20,499 in 2018.

The thresholds for filing status are the following:

Colorado’s tax bracket thresholds for the percentage method was increased to $4,200 for 2019.

The state will continue to use the federal Form W-4 (Employee’s Withholding Allowance Certificate) in 2019.

A revised version of the state’s withholding certificate, Form WH-4(Employee’s Withholding Exemption and County Status Certificate) is set to increase the income threshold for qualifying for the state’s dependent exemption for 2019. Individuals who are at least age 19 may be claimed as dependents on Form WH-4 if they receive at least half of their support from the employee filing and earn an income of less than $4,150 annually.

The state released a revised 2019 withholding formula for allowance value that increased to $4,250 for 2019. Minnesota employees are also encouraged to fill out Form W-4MN (Minnesota Employee Withholding/Exemption Certificate) to ensure they are claiming the correct number of state allowances.

New Jersey released its 2019 withholding methods with the highest withholding rate, applying to incomes exceeding $5 million a year, has decreased to 11.8 percent.

Vermont released its withholding methods and the methods implement tax rate changes include new income tax rates of 3.35 percent, 6.60 percent, 7.60 percent, and 8.75 percent. The value of a withholding allowance increased to $4,250 in 2019.

Employers are also encouraged to require employees to complete Form W-4VT (Vermont Employee’s Withholding Allowance Certificate) and employers may use information from the federal Form W-4 to calculate withholding if an employee does not submit Form W-4VT.

The following states have announced their 2019 unemployment tax rates:

The new District of Columbia unemployment tax rates will be the following:

Employers will be required to pay an administrative funding assessment of 0.2 percent.

Florida’s unemployment tax rates will be the following:

Hawaii’s unemployment tax rates will be the following:

Employers will also be required to pay an employment and training assessment of 0.01 percent.

Massachusetts’ unemployment tax rates will be the following:

The state’s employers are required to pay a solvency assessment of 0.69 percent and are also assessed a workforce training fund contribution of 0.056 percent.

Puerto Rico’s unemployment tax rates will be the following:

Wyoming’s unemployment tax rates will be the following:

Virginia’s unemployment tax rates will be the following:

There will be a pool-cost charge of 0.01 percent for tax rates.

Ohio municipalities Conesville and Patterson are set to decrease tax rates to 0.5 percent from 1 percent in 2019. The state’s transit district payroll tax rates will be the following in 2019:

Employers are required to pay the tax of wages paid to employees working in Multnomah, Washington, Clackamas counties, and the Eugene-Springfield area.

Recruitment Challenges in the Healthcare Industry

We’ve put together a complete list of the recruitment challenges in the healthcare industry so human resource administrators know what to be on the lookout for.

Here’s how the COVID-19 relief package impacts the Paycheck Protection Program (PPP) and what you need to know.

Benefits of Manager Self Service Software

There are several benefits of manager self service. Find out what those benefits are and how they help your managers operate more efficiently. Learn more.

APS Adds Manager Self Service to its Mobile App

APS Payroll has added manager self service to APS mobile! See all the features and learn how it makes it easy for managers to tackle tasks from anywhere.